While photographing Alyssa and Chris’s wedding in Tallahassee, my attention was IMMEDIATELY
drawn to the guys room where I saw playing cards, a bottle of rye, matches, and a box of cigars.
It was a perfect scene to photograph that represented a man about to get married hanging out with a bunch of his closest friends. After spending a few minutes shooting all the various items I found, I learned later that Chris’s father was an avid cigar smoker and actually had wanted a picture of all the guys with cigars to submit to Cigar Aficionado. 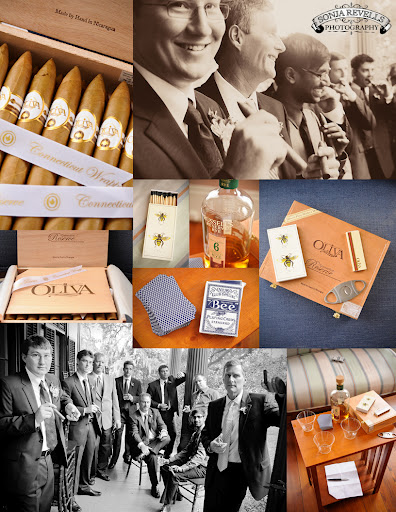 Well!!  Check out what I already shot I told them, and later in the day we were able to get Chris, his father, brother and other friends and family members in a real, man’s man shot hanging out on the front porch.. with those cigars.  Not bad if I do say so myself.  Lol.